How the World Works: Labor Laws

The rules of work vary dramatically between countries. In some places, employers have far more say about what employees can and can’t do when they clock in and clock out of work everyday. As a result, not only can employers demand more of their employees in some countries, but they also have far less of an incentive to embrace tools that help them stay in compliance, such as an app to track employees’ hours.

Many employers, of course, don’t like doing business in countries where decisions relating to hiring and firing, resolving labor disputes and work hours are subject to strict government regulations. But being able to adapt to different cultures and laws is just part of what it takes to succeed in international business.

French workers are not only protected by a government that strictly enforces a 35-hour workweek, but they are also quick to strike when things aren’t going their way. A study examining strikes in the European Union between 2009 and 2013 found that France lost the second greatest number of workdays of all members states. It lost 171 days per 1,000 workers to work stoppages, far behind Cyprus (514 due to a protracted construction strike), but well ahead of third-place Denmark (82) and all other European countries.

While almost all strikes in France are led by one of a handful of powerful labor unions, France has a relatively low rate of union membership. Less than 10 percent of French workers belong to unions. That may be because of its unique laws governing unions. Unlike some other countries, where unions seek to be the “exclusive bargaining agent” representing all of the employees in a workplace, France often has multiple unions operating in a workplace, representing only employees who have joined voluntarily. Strikes are not necessarily all-or-nothing affairs; they may involve a small minority of the workforce and often only last a day (as a form of protest).

Generally speaking, it is very hard to fire an employee in France. Most full-time employees cannot be dismissed without cause and must be justified with evidence (and warnings) relating to poor performance or misconduct. However, to avoid being locked into a long-term relationship with a worker, many employers are increasingly (and controversially) offering new hires short-term work contracts.

Although China has earned an international reputation for harsh working conditions, the government in recent years has begun to put into place reforms aimed at strengthening worker protections and recognizing the right of workers to organize unions and strike.

While enforcement of the rules may differ based on industry and region, Chinese law imposes strict limits on an employer’s right to fire an employee. Workers may be dismissed without cause during a probationary period, which may not exceed six months, but generally an employer must have justification for terminating an employment contract, such as breach of policy or dereliction of duty.

Although unions have technically been a part of the Chinese labor market for decades, only those that are part of the All-China Federation of Trade Unions, which is overseen by the ruling Communist Party, are legal. As a result, the official unions have historically been viewed as allies of employers in quelling worker unrest, rather than as an independent representative for employees.

The government also has not recognized the right to strike since it was removed from the country’s constitution in 1982. However, there is no clear ban on them either. In recent years, strikes have become increasingly common. China Labor Bulletin, a Hong Kong-based group that monitors the Chinese labor movement, reported 2,741 strikes in 2015, up from 1,379 the previous year.

Rather than being formally called by a union, work stoppages are often informally-organized walkouts aimed at securing higher wages or changes to working conditions.  Workers sometimes face harsh consequences, both professionally and legally, for their actions, including prison. 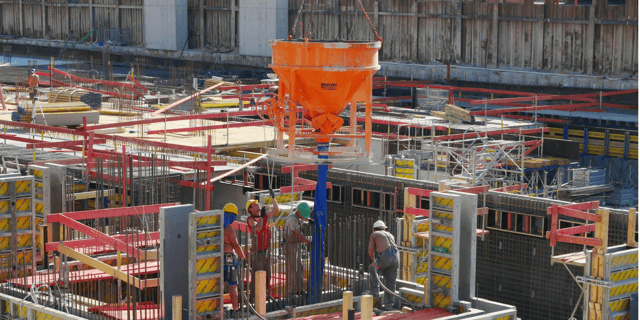 Compared to that of most other industrialized countries, the U.S. law is very friendly to employers.

For starters, the great majority of states allow “at-will” employment – when an employee can be dismissed at any time without cause. There are nevertheless plenty of workplaces that are not at-will. Public employees are often protected from termination by state or federal civil service statutes that require just cause for firing. Union contracts also typically stipulate that employees cannot be dismissed without cause.

Employers, however, are prohibited by federal law from firing or not hiring employees due to their race, gender, national origin, age, disability or religion. Many states also bar employment discrimination based on sexual orientation.

Federal law specifically protects the rights of employees to organize unions in their workplaces. It also bars employers from retaliating against a worker for joining a union or interfering with union organizing. However, what constitutes interference is a matter of different legal interpretations. Many employers take aggressive measure to prevent workers from unionizing, including by distributing information to discourage employees from joining a union.

If 30 percent of employees sign cards indicating their support for a union to represent them, the National Labor Relations Board will hold a secret ballot union election. If a majority vote in support of the union, it becomes the exclusive bargaining agent for the employees and the employer is required to bargain in good faith with it.

In the 1950’s, roughly a third of U.S. workers belonged to a union. Since then, union membership has steadily declined and in 2017 only about 12 percent of employees are represented by a union. Strikes have also dramatically declined. In 2016, the Bureau of Labor Statistics reported only 15 major work stoppages involving 99,000 workers. In comparison, 50 years ago, in 1966, there were 231 major strikes involving a total of 1.3 million workers.

Canada’s system of work rules in many ways appears to be a midway point between the employer-friendly system in the U.S. and the strong worker protections in many European countries.

Similar to the U.S., in Canada there are national laws that set minimum labor standards as well as additional laws set by local jurisdictions. Some provinces have much stricter work rules than others. For instance, in Nova Scotia, an employee with more than ten years of service cannot be terminated without just cause. However, workers in Quebec get the same protection after only two years on the job.

Generally, however, employers in Canada are required to give workers notice of their impending termination. The amount of notice required depends on the employee’s tenure. Every year that an employee has been on the job requires an additional week of notice, up to a maximum of eight weeks. The employer can avoid giving notice by paying the equivalent wages in a lump sum.

However, employees can sign employment contracts that reduce or eliminate typical expectation of notice or severance pay. According to Stuart Rudner, a Canadian HR expert, such contracts can lead to employment that is “almost at-will” but that many employers never even explore such options.

The unionization rate in Canada –– 27 percent –– is more than twice that of the U.S. A number of major court rulings in recent years have held that Canadian workers have a right to collectively bargain and a right to strike in a contract dispute. Conversely, employers are also allowed to engage in “lock outs” in order to persuade workers to accept lesser terms.

No matter what the law says...

When setting up operations in a new country, it’s important to learn the rules. However, the much more difficult (but equally important) thing to understand is how employees, managers and regulators expect those rules to be enforced. For instance, when it comes to employee time tracking, how are coffee breaks or smoke breaks treated? Is asking a worker to account for that temporary absence on their employee timesheet a reasonable request or a more serious issue?

Workers everywhere desire respect from their employers, especially as technology and processes evolve. Looking out for your employees and their rights plays a clear role in every organization’s success.