Everyone has an opinion about how to get things done faster and more effectively. There’s certainly more than one way to do things and what works for one person might fail for the next. That said, motivated managers need to be constantly looking for ways to improve – drawing on the experience and advice of other successful people. Start by getting a variety of opinions from different people and deciding what is likely to work for you and your team.

While there are countless articles about the keys to productivity success, we've pulled together the business tips that have guided some of the world’s greatest entrepreneurs.

Steve Jobs: Be a crystal clear communicator
The genius behind multi-billion dollar Apple demanded that things be done in a very specific way, but he was smart enough to know that he couldn’t control everything all of the time. His solution: Make sure employees are 100% clear about their tasks.

Every week Jobs would have a meeting with his team and go over an “action list” of things the company needed to accomplish, whether it be new Apple products or other priorities. Every item would have a “directly responsible individual” (or DRI) who would be in charge of making sure that task was completed. As Wired described in 2011, “there’s no excuse for employees to have any confusion after a meeting” with Jobs.

Sheryl Sandberg: “Ruthless prioritization”
The chief operating officer of Facebook has said there are two posters hanging around the Palo Alto Facebook campus that guide her approach to business. One says, “The future belongs to the few of us willing to get our hands dirty” while another says simply, “Ruthless Prioritization.”

The latter poster is a continual reminder to focus on what is most important during the day and not to get distracted by trivial matters. That means daily reminders of the key goals of your business and what needs to be done for that goal to come to fruition.

Mark Zuckerberg: Better prepare for meetings
According to Business Insider, the Facebook founder made a critical change in his day-to-day operations a few years ago – by modifying the way he prepared for meetings.

He identified that waiting until the meeting starts (to learn the basics about the subject at hand) is a big time-waster. Instead, he instructed his colleagues to send an email summary the night before each meeting to allow time to research and prepare. Participants then enter the meeting ready to discuss the subject and take action. 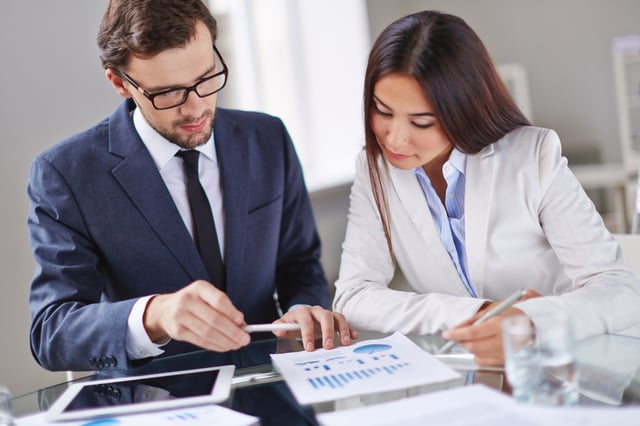 Meg Whitman: Make a decision already!
The woman who grew eBay's revenue from $5.7 million in 1998 to $8 billion in 2008 told Forbes recently that one of the greatest dangers executives face is freezing when faced with tough decisions. “A fast no is better than a long extended no or long extended yes,” she says. “If you think about every bad thing that will happen, you freeze.”

Jack Welch: Hands on everything...except minutiae
The CEO that led General Electric to grow by 4,000 percent over 20 years has a few thoughts about how to increase productivity. He told Harvard Business Review that one of the key things he did was try to minimize layers of management between the CEO and those on the factory floors. The more people that information is being filtered through (before it reaches the CEO), the less effective it becomes.

Adds Welch, “I firmly believe that an overburdened, overstretched executive is the best executive because he or she doesn’t have the time to meddle, to deal in trivia, to bother people. Remember the theory that a manager should have no more than 6 or 7 direct reports? I say the right number is closer to 10 or 15. This way you have no choice but to let people flex their muscles, let them grow and mature. With 10 or 15 reports, a leader can focus only on the big important issues, not on minutiae.”

Oprah Winfrey: Avoid meetings
A masterful entertainer and communicator, the former queen of daytime TV is, above all, a brilliant entrepreneur. While many successful moguls have their ideas and theories about how to make meetings more productive, Winfrey has an even more radical philosophy on meetings: Don’t have them.

The billionaire media mogul told Fast Company that she does her best to “really, really, really try to avoid meetings." Instead, she asks her staff to submit detailed plans – in writing – for her review and response.

Katia Beauchamp: Always include a deadline
The founder of Birchbox says she instructs her employees to always include a critical sentence in every email that includes a reponse deadline. Beauchamp believes that by assigning deadlines to even the most mundane tasks, workers can prioritize more effectively. They can address the urgent emails immediately and get to the others at another time.

If you plan to adopt a system in which you won't immediately be responding to emails, it's important to create a system for that as well – putting them in a folder or bookmarking them for later action would ensure they aren't entirely forgotten.

Above all else, respect time
Small business growth is driven by leaders who understand that time management and productivity are crucial for success.

Problem is, in many cases, people aren’t aware of how they are using their time, and how they could improve the ways in which they spend their workday. That’s why time tracking is such a valuable tool – even for managers that don't have employees who clock in and out of work everyday.

Timesheet Mobile can serve as a productivity app to help you analyze how you and your workers are spending your time. Our features are specifically designed to help you gain insight into how your business is running. For example, Peetz Windows and Doors plans to use our system to evaluate individual job hours and compare their costs to what they are billing and charging their customers, ultimately improving profitability.

Are your employees consistently working overtime hours? Is too much time being spent on administrative tasks rather than more strategic priorities? A time tracking app can provide those important answers.

We think Steve Jobs would approve of having a productivity app installed on all of his new Apple products!